skip to main | skip to sidebar

This is the promo to the newest show on AFN "The Eagle"...Eagle Gold, The Best of the 80's and 90's. The fantastic graphics package was designed by my co-worker, Dan Collins. The stellar voice is none other than VO-Stud, Frank Frederick. Enjoy!

Posted by Unknown at 2:33 AM 8 comments: Links to this post

It has been over a year since I posted anything to Kasbah Radio. For good reason too! I've been spending the majority of my time working on the TV side of business and also doing a lot of messing around in New Media. Anyway, another opportunity struck and I will be hosting a European-wide show starting Jan 4th called Eagle Gold...The Best of the 80's and 90's. Several of my good friends have helped me with the imaging. Peter O'Connell, Frank Fredrick, and Diane Maggipinto. The show is going to focus on what it really meant to be part of the two best decades...EVER! Some might disagree...that's ok! The show still will showcase some fantastic music. Here are a few samples of some show openers and liners.

Posted by Unknown at 10:31 AM 2 comments: Links to this post

I haven't been to work in well over a month. There are positives and negatives to that. The family and I are headed to AFN Vicenza (Italy) in two days. I'm not sure if I will have a morning show or not, but I am pretty sure I will be able to continue the radio marathons we had over at Freedom Radio. I really hope that all of my new friends who helped out over in Iraq are equally friendly and want to help out in Italy. I know it's not the same hardship duty!

So what do you say? Are you on board for the second annual: Memorial Day Countdown, Firecracker 500, and Labor Day A-Z??? You can either drop me a comment, or send me an e-mail: afnbroadcaster@gmail.com
Posted by Unknown at 4:16 AM 5 comments: Links to this post

Well, I'm back in the states. I will be in Italy by the end of November. Hopefully, I will pull a radio shift there too. Fingers crossed.
Posted by Unknown at 7:56 PM 1 comment: Links to this post

My friend asked me in one of her comments...

Just finished watching "The Quiet American." Anyhow...despite Brendan Frazier being a bad actor in the movie...it made me think about combat journalism and what stories you might be covering. Are you allowed to tell us what kinds of stories you're covering in the news over there?

So I want to take a few minutes of your time to tell you what YOUR military is doing over here and then show you how Freedom Journal Iraq is covering it. We're right in the middle of the "Surge of Operations." These operations are designed to seek out and remove Al Qaeda in Iraq, rouge and splinter groups of the Jaysh Al Maddi, Iranin Cupds Corp, and any other enemy of Iraq or Coalition Forces. The success of these operations by themselves will not result in a victory in Iraq. Rather, they will provide the time and space needed for Iraqi lawmakers to develop a fair and equitable Rule of Law and enable Iraqis take the lead in their own country. Freedom Journal Iraq is committed to highlighting success and progress being made by Coalition and Iraqi Forces...Kinetic and Non-Kinetic. Kinetically, we continue to detain insurgents, capture or kill terrorists, find weapons caches, and drop bombs on the bad guys. These type of operations is what you generally see in the media. However, you see all of the negative fall out from it. Here is what you missed:

With every victory on the battlefield, more and more local citizens are stepping up to defend their own cities. There is a buzz surrounding "Concerned Citizens." The Commanding General in Iraq, Dave Petraeus routinely walks through neighborhoods which months ago were ravaged by insurgents and zapped of their livelihood and shows the progress being made. You may have never heard about how cities up and down Iraq are returning to "normal!"

Last week we highlighted all of the Non-Kinetic success in Iraq. We had the Army Corp of Engineers, Gulf Region Division come in and talk about all of the electricity sub-stations, water systems, schools, hospitals, and other infrastructure projects completed and under way in Iraq.

Of course we also spend a great deal of time talking about capturing high ranking Al Qaeda in Iraq terrorists. We have two ways of telling this story. One is called a Look Live that we package in our newscast and send out to the Pentagon Channel for broadcast. The other is a brand new element called the "Raid Report." This product is a true testament to the quality of broadcasters I have on my team over here. I basically said, "Hey, I've got an idea...I think it should look like this..." Those who know me, I like to pretend I can draw, so I took my recycled paper on my desk a drew a rough sketch of what I was thinking about. This is the final result:

Final Thoughts:
No matter what side of the political agenda you find yourself...rest assured the men and women of the Armed Forces are making a difference in Iraq. You'll have to make up your own minds as far as the current political climate. REMEMBER TO VOTE!

By the way you can checkout FJI 24/7 on the MNF-I website Last night's cast is posted. I'm on Wednesday's cast.
Posted by Unknown at 7:19 PM 1 comment: Links to this post

Kasbah Radio Back On Freedom Radio

I will be pulling three shifts during the Labor Day 72-hour Mega Mix A-Z show....
Posted by Unknown at 10:34 AM No comments: Links to this post 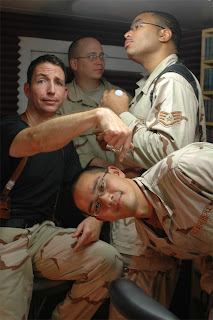 -clockwise from 12-AK, Aries "D", The Curious One, Kasbah
Here are a handful of pics from Freedom Radio's Firecracker 500. ENJOY! 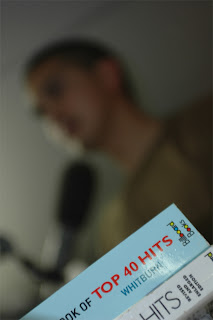 -Counting Down The Greatest Hits of ALL TIME! 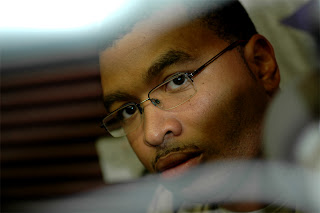 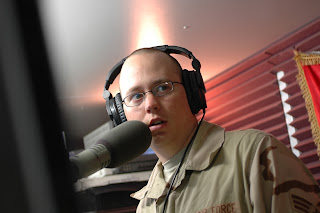 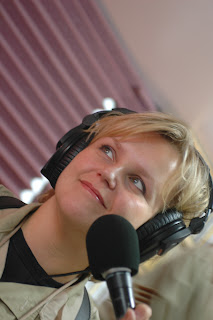 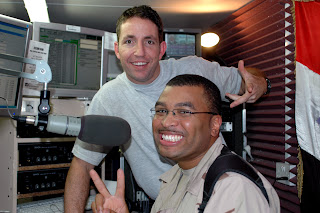 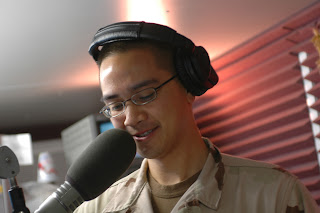 -The Curious One...what a trooper...he worked the 2-6AM shift both nights! 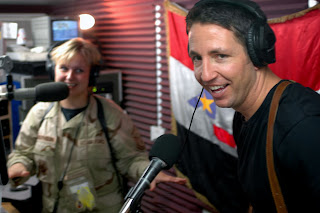 -Kasbah and Joy wrap things up...until Labor Day!
Posted by Unknown at 3:48 AM 1 comment: Links to this post

Promote Your Page Too

Friends of the Show